The all new Halcro Eclipse amplifiers herald a new era in the Halcro story. The original Halcro dm amplifier hit the market to disbelief – orders of magnitude lower distortion than anyone believed possible. The Eclipse amplifiers take musical expression to a new height.

The new Halcro team have spent the past couple of years exploring every aspect of the unique platform for possible improvements. We present – the new reference in amplification.

Available in both stereo and mono versions, the Eclipse series is unparalleled in its ability to render details formerly lost in the distortion. 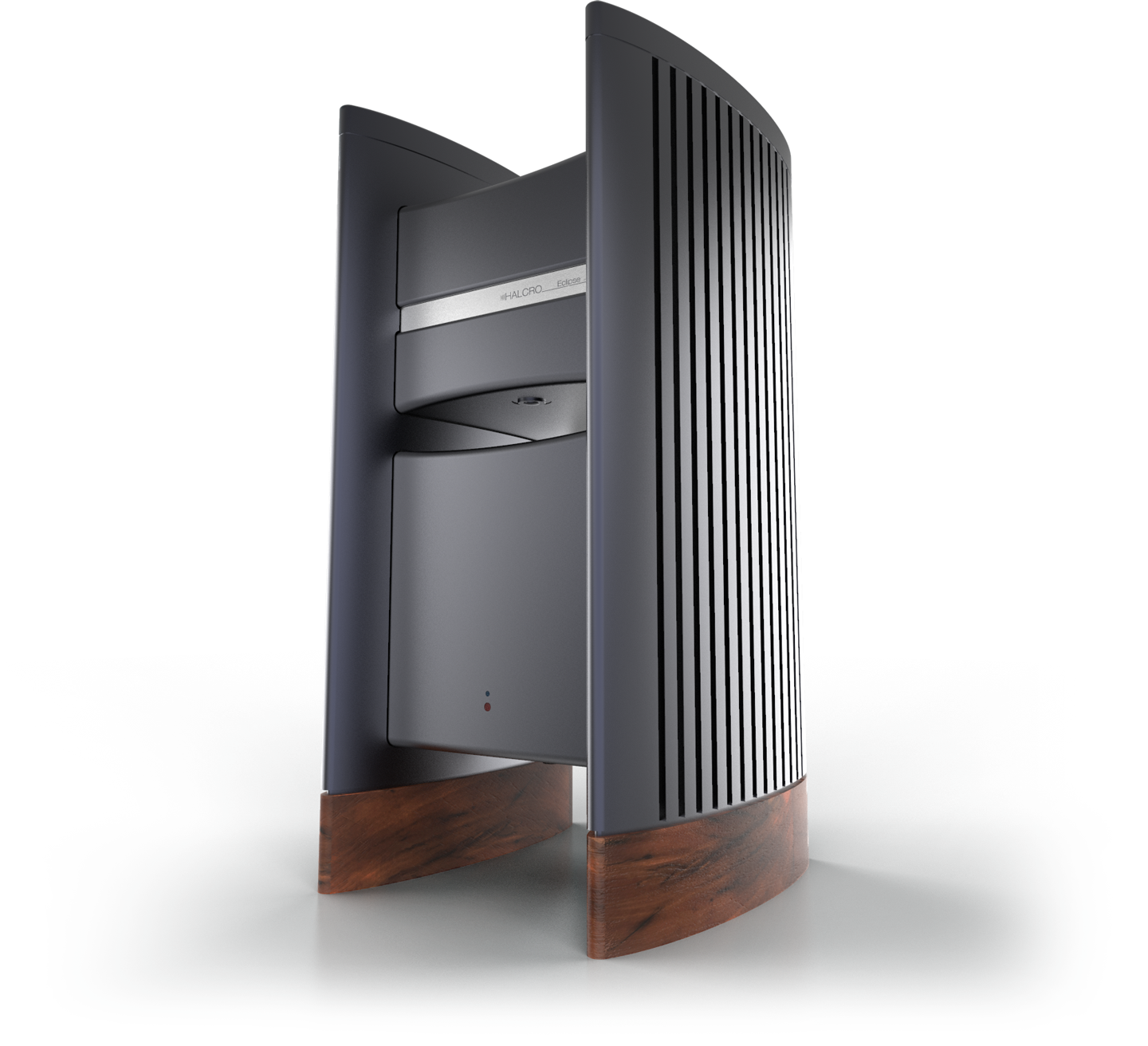 Halcro amplifiers offer an unmatched insight into the music. They position everything precisely in the soundstage due to their unique ability to avoid adding ‘ghost’ notes that are thrown into the mix by the non-linear distortion of a conventional amplifier. Lack of distortion aside, one of the many things that make Halcro amplifiers so good is the way they maintain the phase coherence of the signal source. Phase coherence is a measure of the degree to which a system maintains the relative timing of various notes or tones within complex music.

When it comes to driving your loudspeakers musically, the Eclipse has no peer. The Eclipse stereo produces 180 watts/per channel into an eight-ohm loudspeaker, 350 watts/channel into four-ohms.

Beyond all the technology, there is only one thing that matters: the ability to convey the emotion of music!

There are three input modes:

The voltage gain of the balanced and unbalanced inputs is 30 V/V and for the minimal path mode is 15 V/V.

Recovery from hard overload at 20 kHz into 4 ohms is 1 ms.

For reliability, all semiconductors are at least industrial grade. All electrolytics are rated to 105°C. Only highly linear resistors and MKP10/FKP1 capacitors are employed in the critical audio path

There are four heavily shielded compartments:

High frequency filtering is present at the inputs and output.

We will respond within 24 hours of your enquiry.